The monument to Georgy Dimitrov

The monument to the great Bulgarian revolutionary was erected at the junction of Bolshaya Polyanka and Bolshaya Yakimanka streets in 1972. The author of the monument is the Georgian sculptor Merab Merabishvili.

The name of Georgi Dimitrov became known throughout the world after the leipzig Trial of 1933. The Nazi regime in Germany accused Dimitrov and the Dutch van der Lubbe in arson in malice of Reichstag that allegedly should become a signal to uprising in Germany. But the provocation failed. The Bulgarian, fighting against the accusations practically alone, won the trial duel with such fascist tycoons as Goering and Goebbels.

After the trial Dimitrov came to the Soviet Union, where he was met like a hero. He became the Leader of the Comintern and headed the Bulgarian communist party.
Photos (8) : 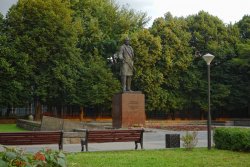 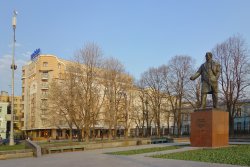 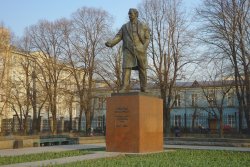 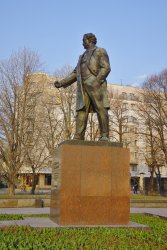 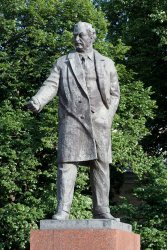 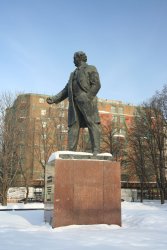 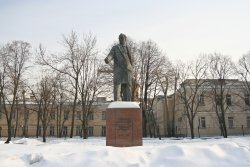