The monument to Minin and Pozharsky

The monument to Minin and Pozharsky – heroes of the liberation struggle of the Russian people against foreign invaders of 1612, is situated in the very heart of Moscow, in front of the famous Vasily Blazhenny cathedral.

A wonderful sculptor grouping of Ivan Martos, erected in 1818, has become one of the symbols of Moscow. That was the first sculpture monument to appear in the city. Its idea was conceived in the early 19th century, but a lot of efforts of the society were required to put the idea into life. It was the compatriots of Kuzma Minin – residents of Nyzhny Novgorod, who stepped forward with the initiative: they collected money and the tsar Alexander 1 ordered to erect the monument specially in this city on the Volga. The sculptor insisted that the place for the monument should be in the center of Moscow.

So it was finally decided like that. But the «road» to Moscow for Minin and Pozharsky was a long one. First from Petersburgh, where the monument was cast out of bronze, it was brought to display in Nyzhny Novgorod as a token of appreciation to the city residents.

Unveiling of the monument in Moscow in February 1818 became a real festival that was accompanied by a parade of guards.
Photos (4) : 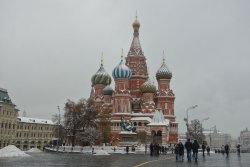 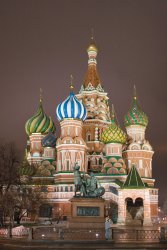 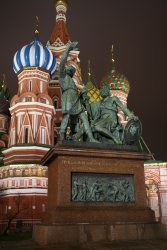 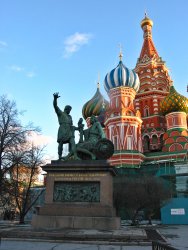